It’s the most wonderful time of year! Tax season is in full swing. While you’re busy filing and figuring things out, here’s something to consider: 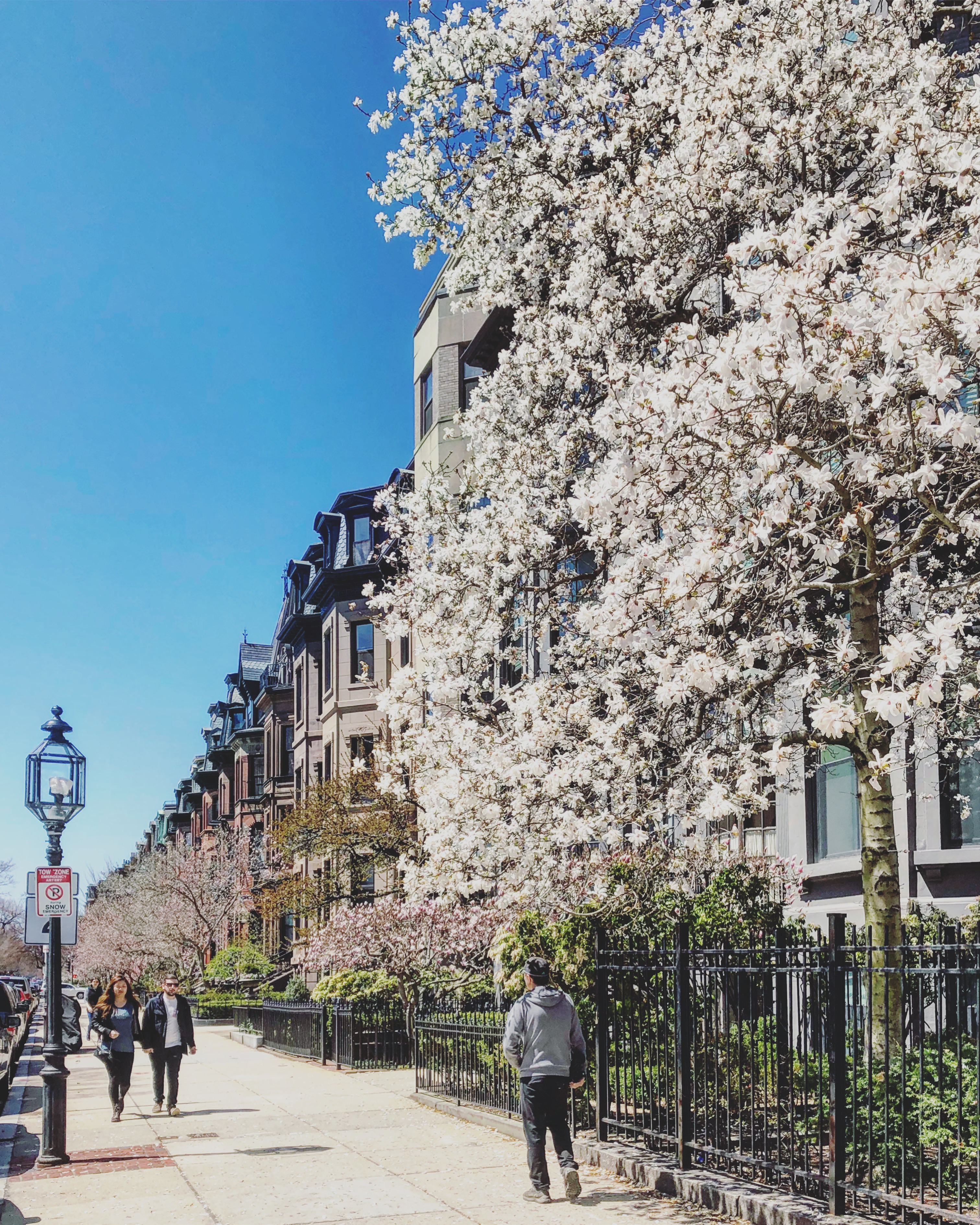 A buyer purchases a condo in Back Bay which will be her primary residence.

The City of Boston assessing department values the condo at $600,000.

The tax bill is calculated as follows: 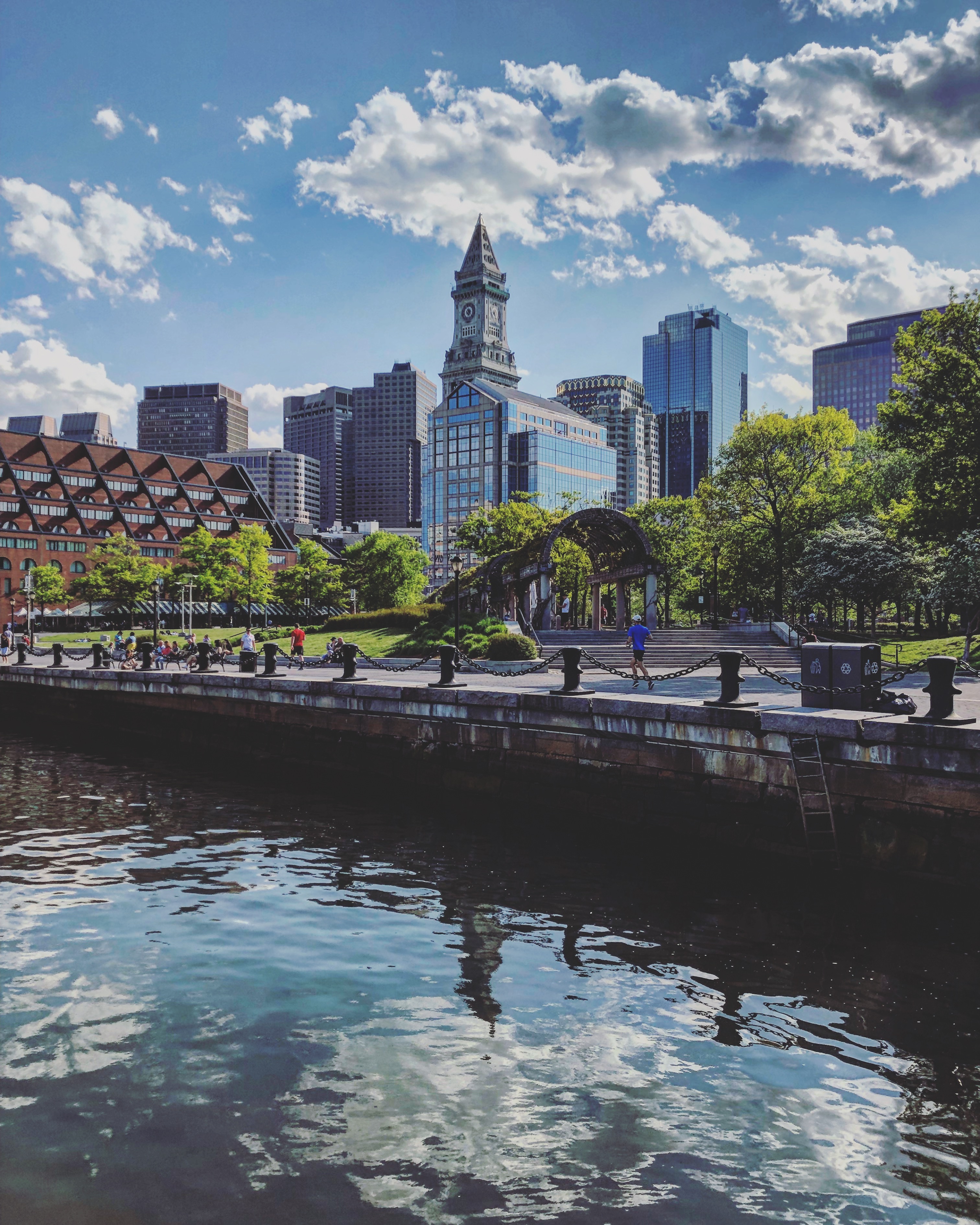 Whether you've lived in Boston all your life, recently moved here or are stopping by for a visit, the iconic Harborwalk can offer a ton of fun all year round.

Conceived of as a way to connect the public to the-then redeveloping Waterfront and Wharf District, three decades worth of innovation have resulted in the now extensive 43 mile long network of rich and diverse pathways winding through 8 neighborhoods. With so much to see and do while exploring, you'll be exposed to multiple examples of Boston's evolving over time --- from its humble origins as a colonial town to the dizzying heights of new horizons, waterways and the urban sprawl.

Up for a bite-sized adventure?

If you were to start right at the Christopher Columbus Waterfront Park, one of the first nice little additions you'd notice besides the ship-shaped Marriott Hotel would be the famous trellis, known for its seasonal illuminations. Covered in fresh greenery, the trellis is a great photo opportunity day or night. Take in the scenery uniting the nearby North End with life by the water's edge 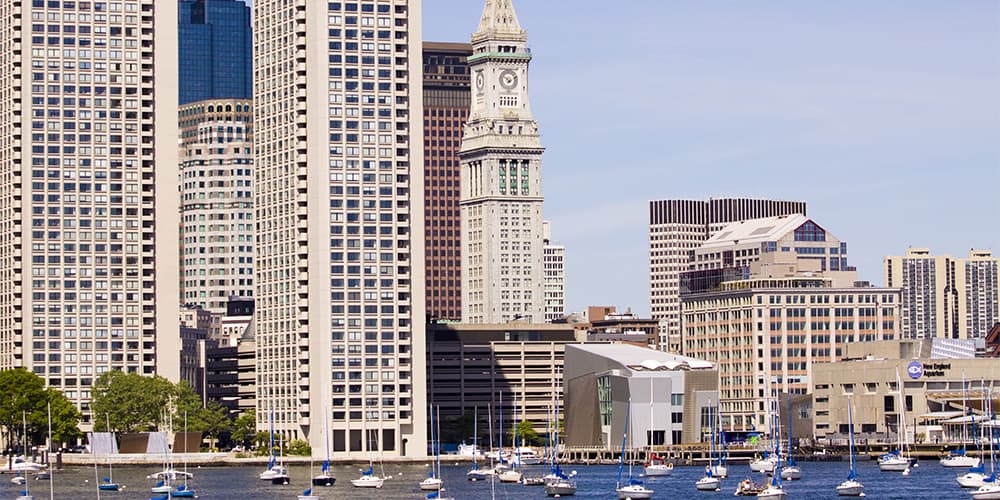 The nearby boardwalk will connect you to Long Wharf , The Chart House (formerly John Hancock's Counting House) and a splendid sundial and flagpole. The duckhouse next to the marina is something of a local landmark with, you guessed it, plenty of cute feathered creatures mingling with the crowds. 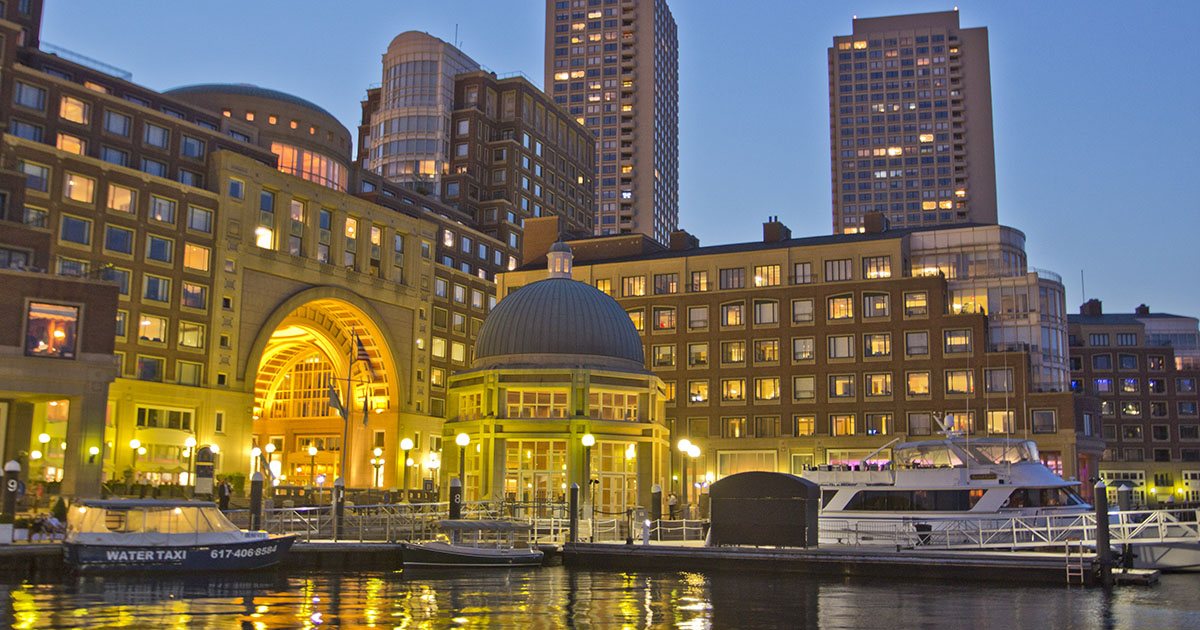 Central Wharf is where the New England Aquarium has been welcoming visitors young and old since 1969, with several harbor ferries and whale watch vessels ready to spirit you off to sea. You'll also pass by Rowes Wharf with its wide open arch beckoning the curious to summer concerts and views of the Northern avenue Bridge. The wharves helped to establish Boston as a booming maritime port for centuries, some named for their trading origins like India and Russia Wharf. 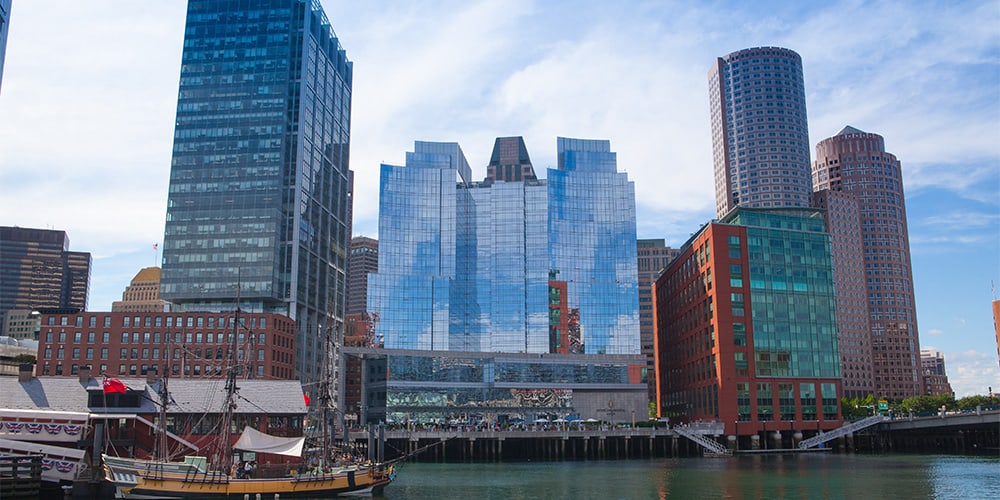 Before walking across the elegant Evelyn Moakley Bridge, stop by the Independence Wharf Observation Deck. You'll be able to admire the industrial origins of the Fort Point Channel, [and as you enter the Seaport with its modern architecture and rapidly evolving skyscape you'll gain a sense of just how much Boston has expanded over the years.

Fan Pier is where you may feel closest to ocean vibes. Sunrises, sunsets, and so many ships of all shapes and sizes rise with the tide. Even a brief trip like this can offer locals, new arrivals and newcomers alike with a sense of appreciation and opportunities to make memories in one of the world's most amazing destinations. 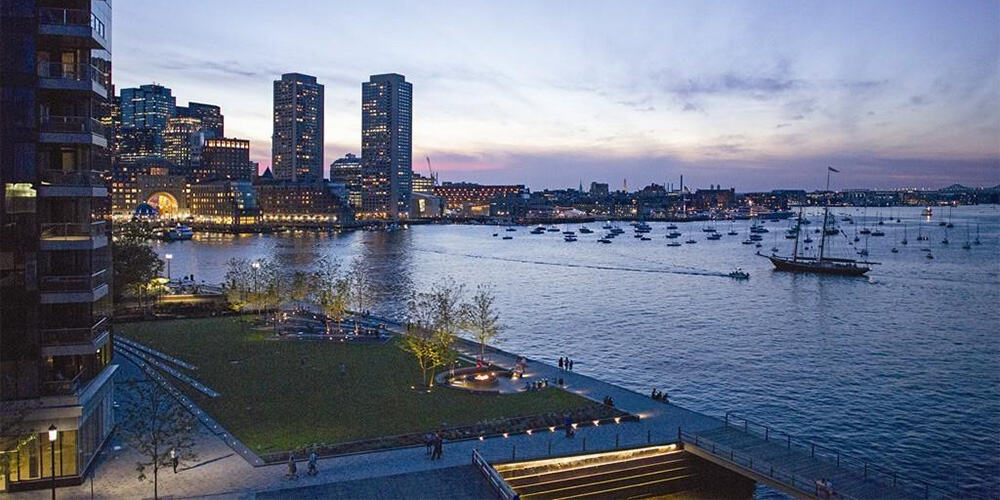 Along the way on your bite-sized adventure you can check out some of Boston's iconic Waterfront residential real estate such as: 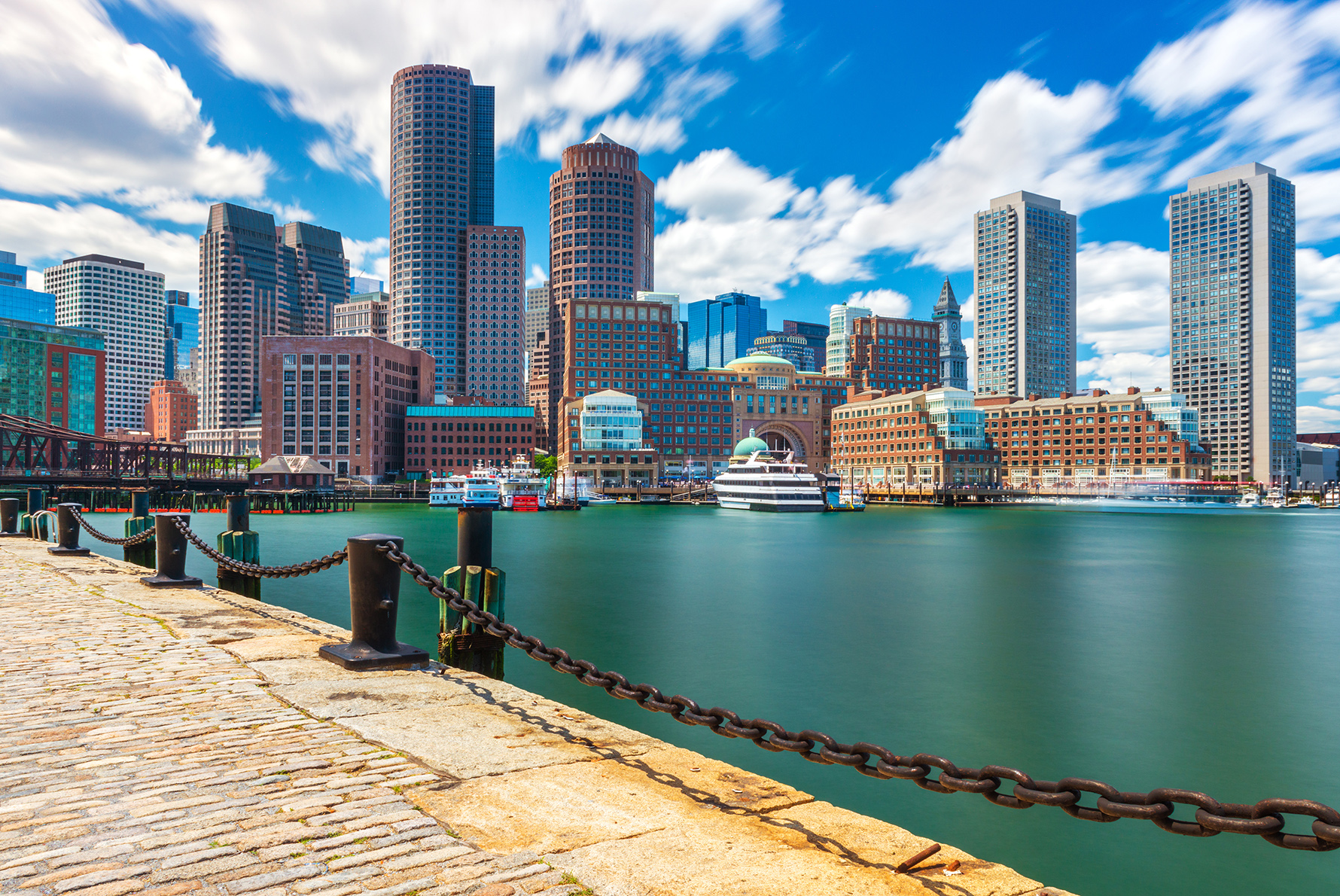 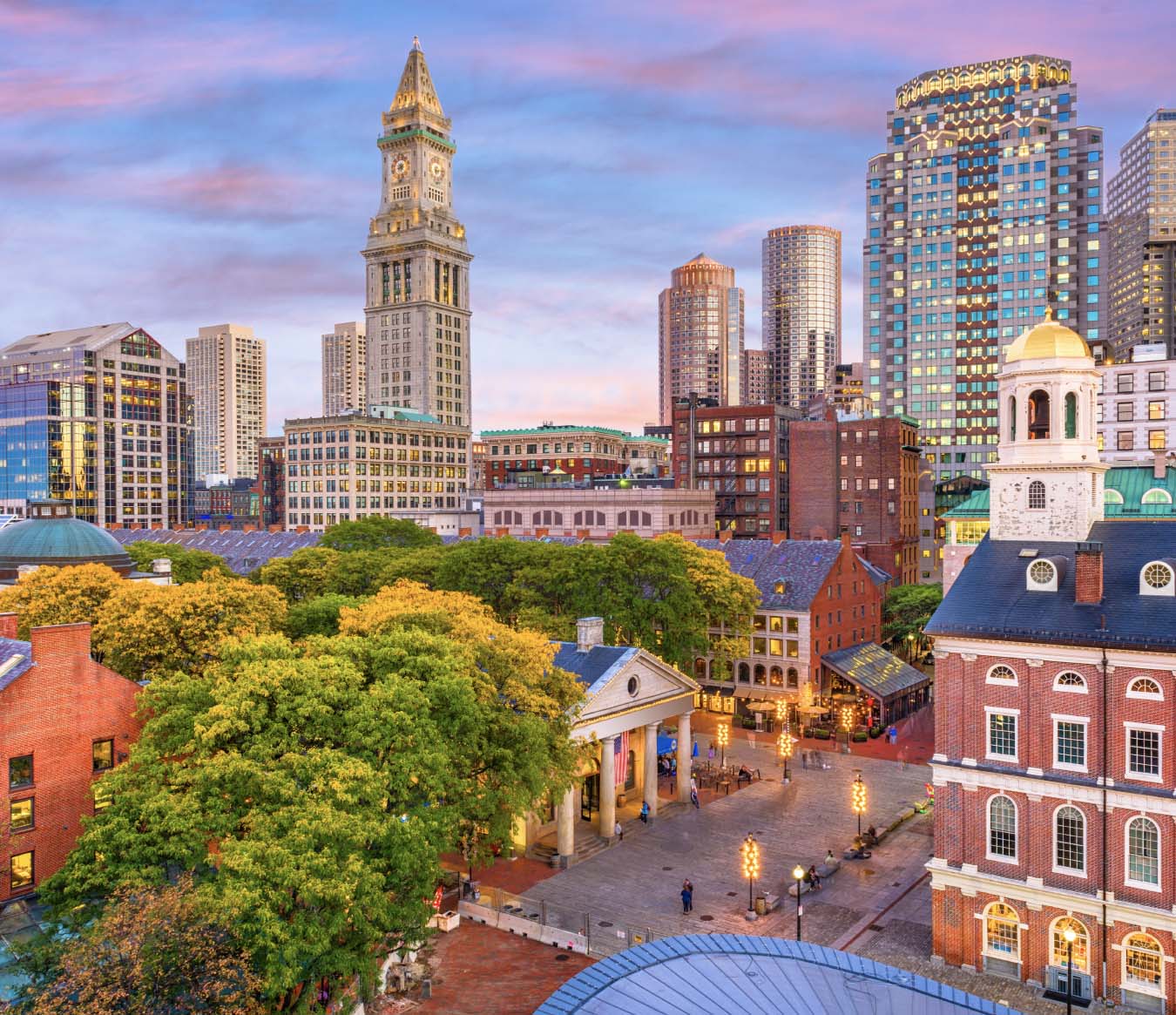 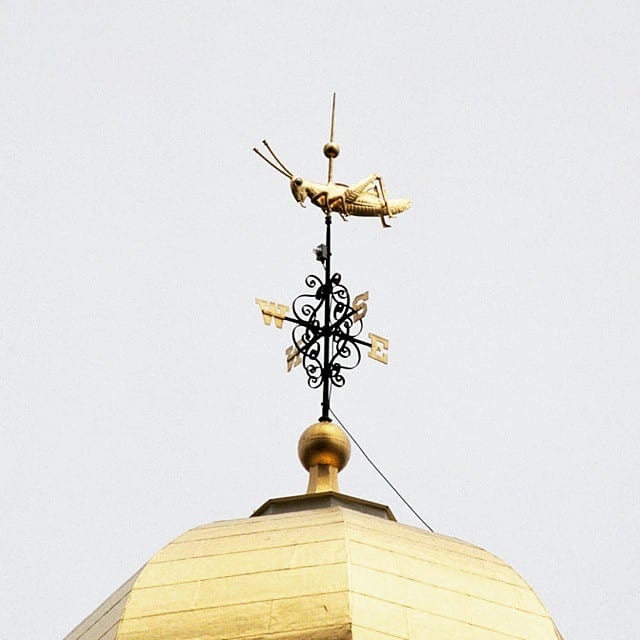 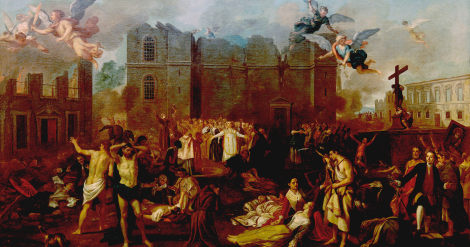 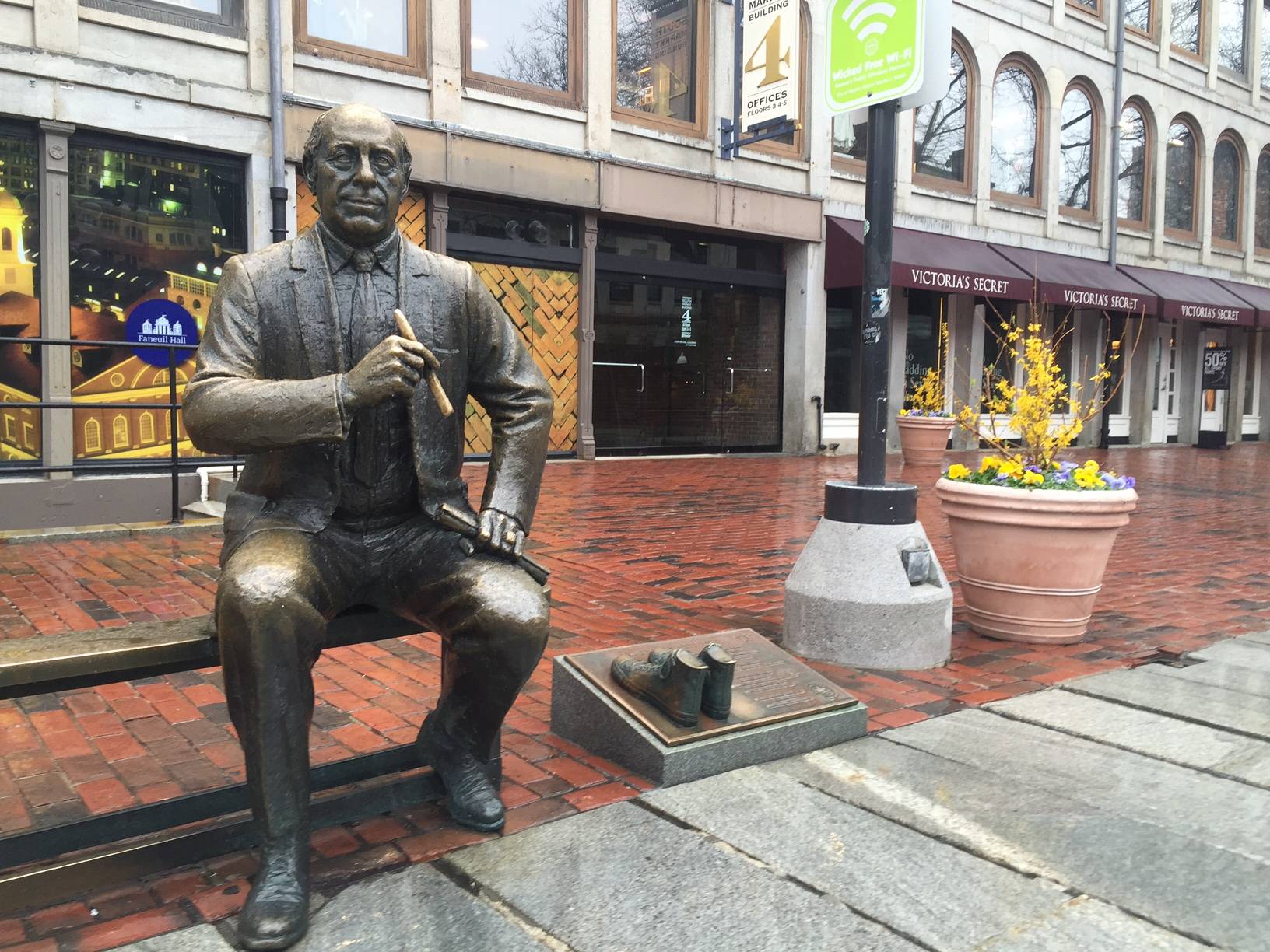 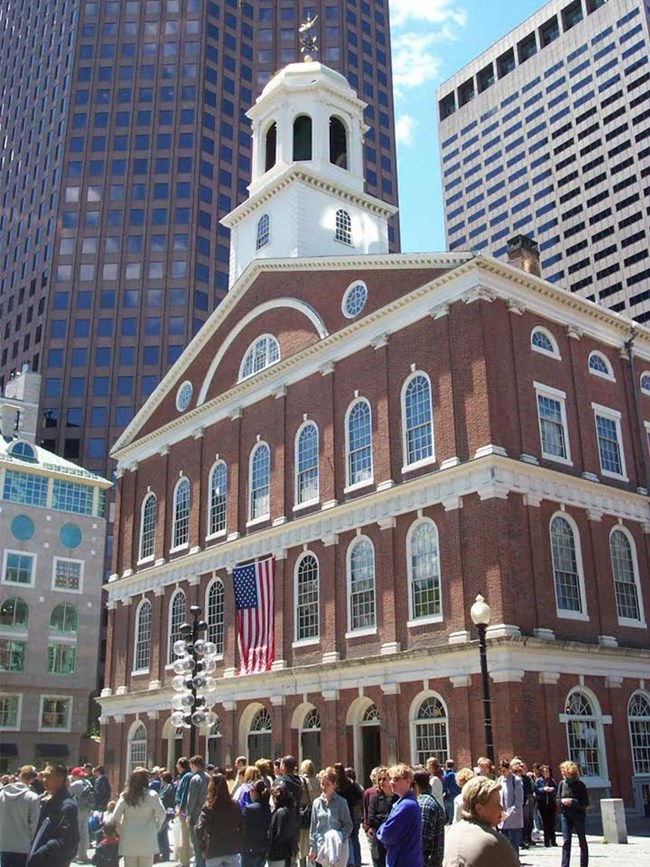 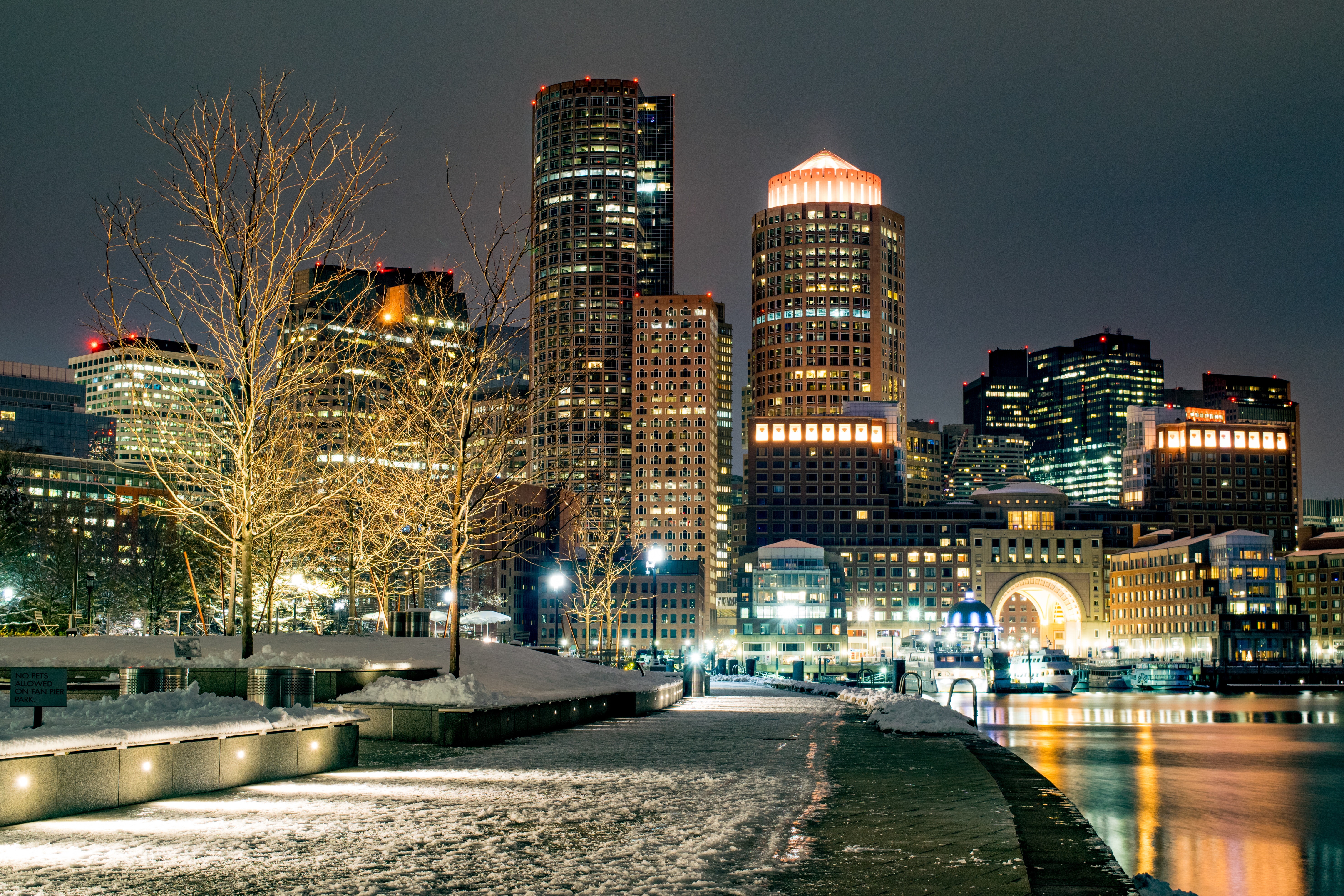 One of the best parts about living in Boston's Seaport is barely having to leave your home to have a premium dining experience. Whether you are in a luxury condo building or rental building the options are plentiful.

Here are some of the best living/dining duos in the neighborhood where you truly can become a “regular”. 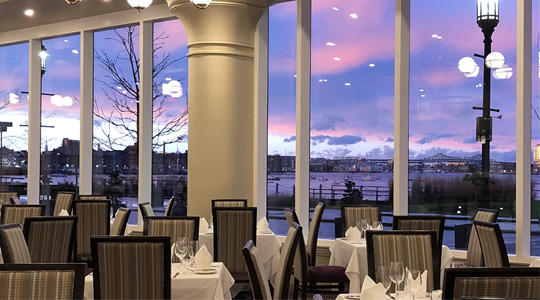 The iconic Davio’s Northern Italian Steakhouse restaurant is located on the ground level with a private entrance just for the residents of the ultra luxury 50 Liberty.

The spacious bar overlooking the Boston Harbor is the ideal spot to grab a Martini or residents can opt for outdoor dining on their expansive patio during the warmer months. After dinner stroll on the Harbor Walk or hop on your boat docked next door at the Fan Pier Marina. 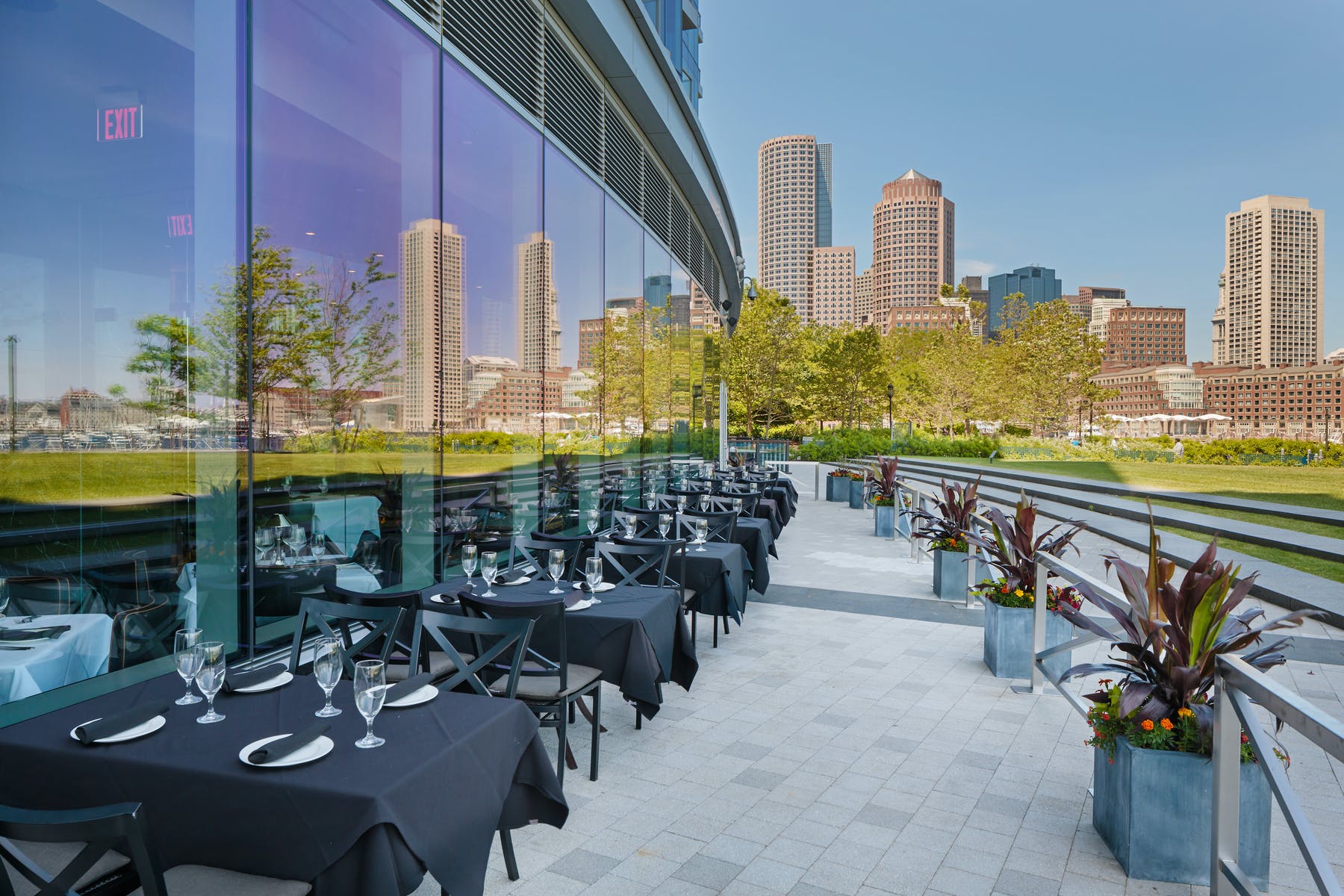 Situated right next door to 50 Liberty is their sister-property 22 Liberty featuring Mastro’s Ocean Club. Enjoy your steak from the cozy dining room or a seafood tower on the 60 seat patio overlooking the Fan Pier Park fire pit. 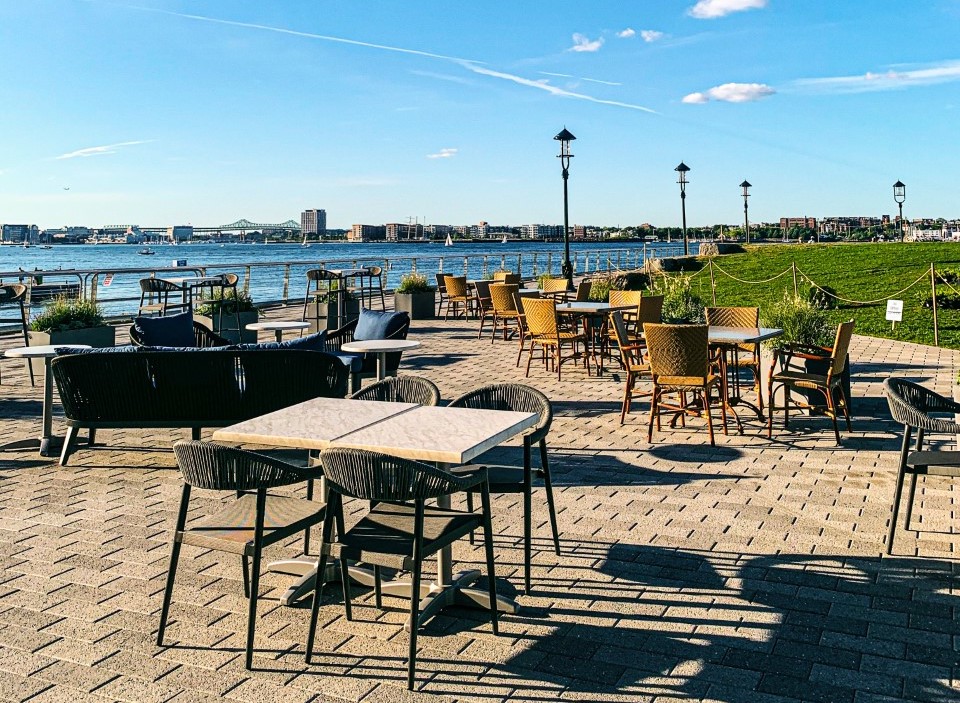 Located on the historic Anthony’s Pier 4 restaurant site on the ground level of luxury condo building 300 Pier 4 is Woods Hill Pier 4. The restaurant that offers both indoor and outdoor dining extends out to the pier and serves farm-to-table cuisine. The classic popover still makes an appearance on the menu for fans of the old Anthony’s. 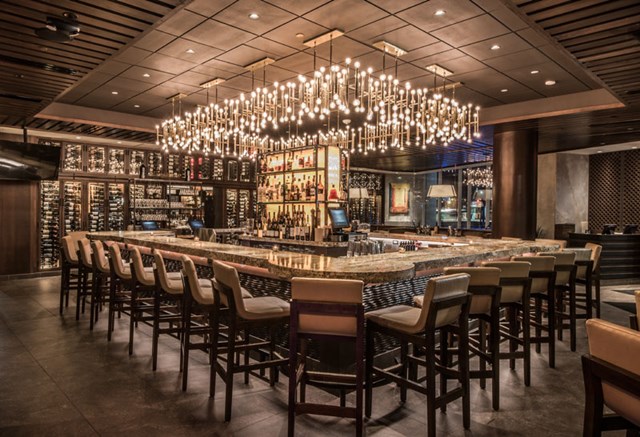 Feast on sushi and listen to live music at Ocean Prime’s lively bar scene located downstairs from the 100 Pier 4 luxury rentals. The water taxi right is right outside and available for a cruise to your next destination. 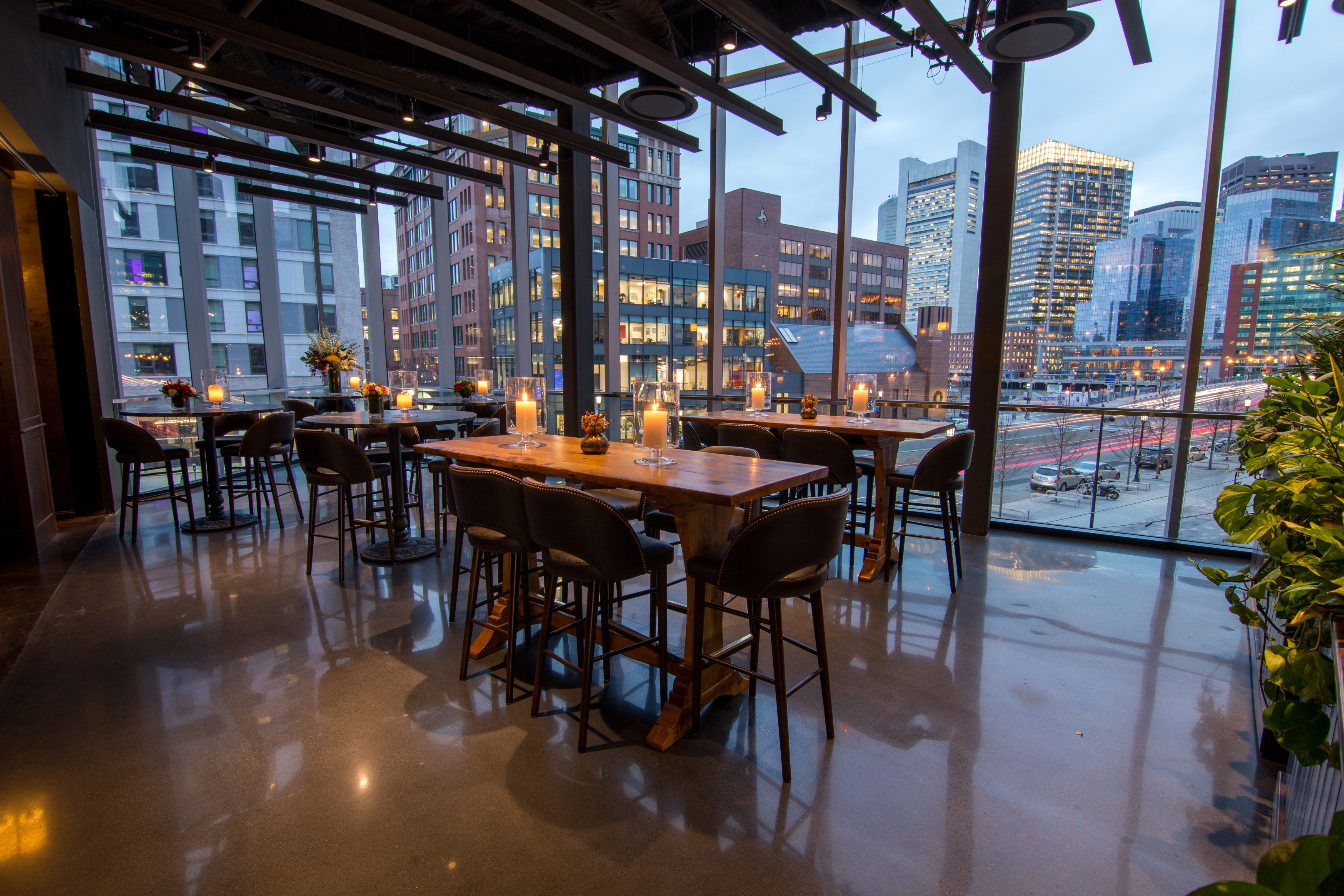 The Tuscan Kitchen, a 14,000 SF Italian restaurant with 80 foot wine bar is located downstairs from the luxury rentals VIA Seaport. Also adjacent to Showtime Icon Movies, it is an excellent place to grab a bite before or after the show 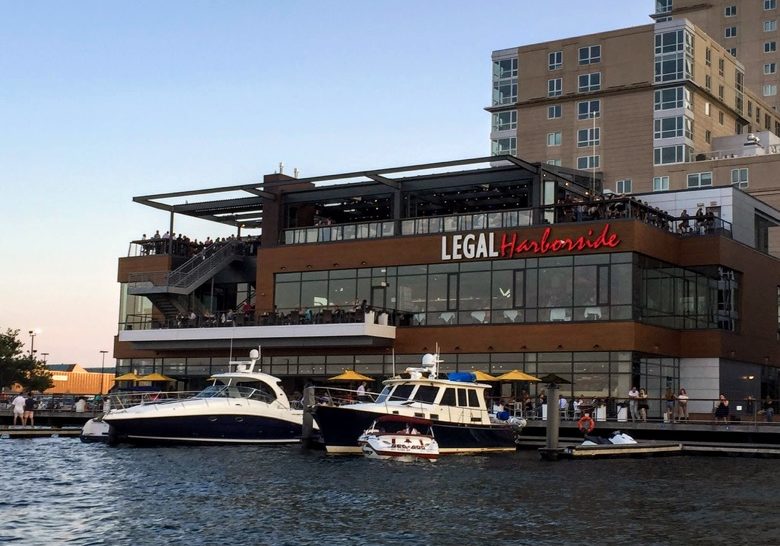 The infamous Legal Harborside is right across from Park Lane Seaport luxury rentals. The third floor rooftop offers some of the best water views. Listen to a summer concert from Rockland Trust Bank Pavillion or park your boat at the public slips right outside. 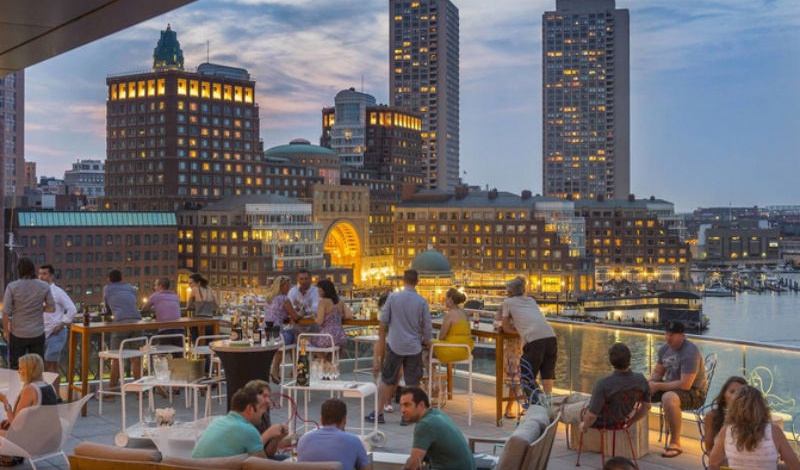 The Envoy is the quintessential rooftop lounge with Downtown Boston skyline views located right outside the door of the Benjamin luxury rentals. 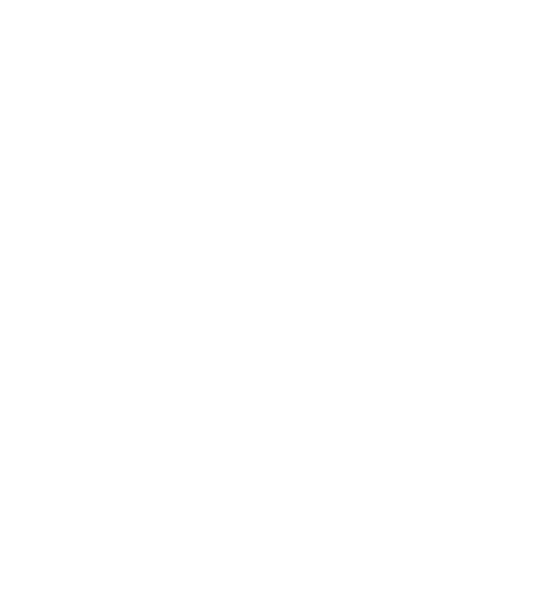